Modern country band The Jackson Line have released a stripped-back acoustic version of their song, Solutions.

The song tells the story of a disconnect in a relationship; one person simply needing to be held, the other trying to offer help. The simplicity of the story has made it one of the band’s most popular live songs, which prompted them to strip it back to a simple guitar and piano, allowing the song to speak for itself.

“Sometimes it’s hard to really know a song until it’s been heard by an audience, and since our gigs last summer, Solutions has emerged as a song which has a special connection with our fans,” explains Keith Porter, singer and pianist with the band. “The world is in a difficult place right now. Relationships are being challenged with the intensity of the lockdown, so we hope that Solutions can help bring some warmth and love to the world, with a simple story of understanding and compassion.”

The original version of Solutions was included on the band’s debut EP, Don’t Wait, which has been streamed almost 200,000 times since it’s release.

To celebrate the release, band member Keith Porter performed live on the band’s Facebook page. You can watch the session here. 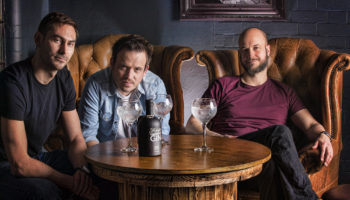