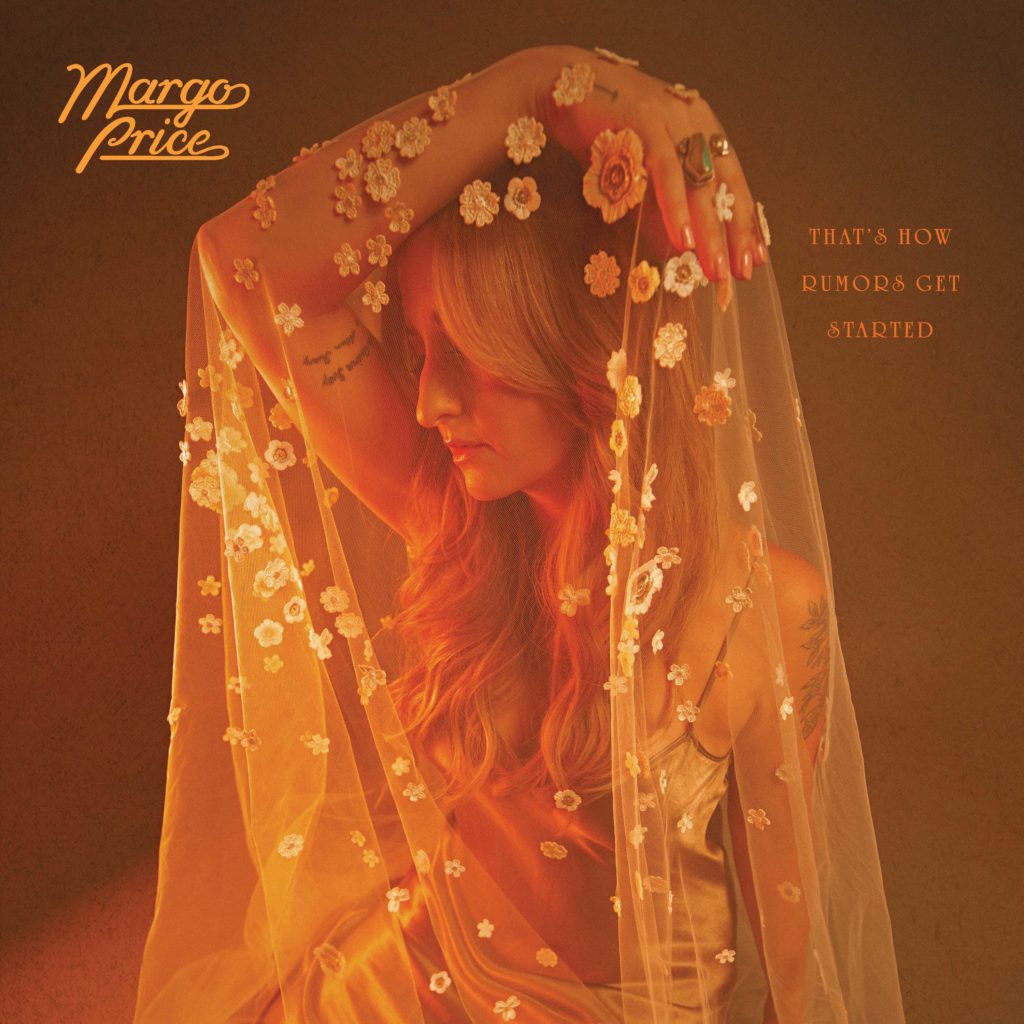 For a Nashville artist, Margo Price is a bit of an oddity. She doesn’t fit the contemporary country star archetype, even though she’s probably lived more of a country song kind of life than most of Music Row put together. Variously marketed as “Country” or “Americana”, she is at once both and neither. She’s an individual, for sure. In a music scene that often favours the packaged and homogenised over the original and genuine, she deserves a whole lot of praise and respect for her achievements so far.

That’s How Rumors Get Started is Margo’s third studio album and the follow up to 2017’s successful All American Made, with a new label (Loma Vista Recordings) and a new producer (Sturgill Simpson). So some significant changes afoot in the creation of this album.

Sturgill’s unmistakable production fingers are evident throughout. What you can definitely say is that the production is quite a leap onwards from the more traditional atmosphere found on Margo’s previous release. If she wanted to take a step away from tradition and convention, she’s done it in a more gentle way than her producer has on his own solo material. In a very Sturgill kind of fashion, there’s no sense here of adhering to any tradition for the sake of it. Songs are given their own room for expression, without any ritual genuflection before the gods of country music. There’s no fiddle or dobro to be heard here, for example, and barely a smattering of pedal steel. That might disappoint fans of her last album, but are those absences really so much of a surprise?

To describe That’s How Rumors Get Started as “eclectic” barely does it justice, thanks to its wide mix of musical styles. Most of the album was recorded in Los Angeles, and that geographic shift westwards seems to have marinated into the sessions. Both the title track and Stone Me have a classic West Coast, easy road music feel, and Margo’s vocal on the album opener in particular has such strong hints of early Stevie Nicks that can also be found elsewhere across the album. Twinkle Twinkle and Heartless Mind has a grit and grime that’s familiar to anyone who’s heard Sturgill’s recent Sound and Fury album. The relentless, driving indie pounding of Heartless Mind is particularly edgy, while the surely at least partially autobiographical Twinkle Twinkle is dominated by a coarse and dirty guitar line.

There’s an earnest, 1970’s rock-infused ballad in What Happened To Our Love?, with a rising crescendo that could have been drawn from Pink Floyd’s Dark Side Of The Moon sessions (Tip – this’ll be a moment to hold up your cigarette lighter/phone torch when this one is played live). Prisoner Of The Highway sounds like an evangelical inspirational hymn complete with a gospel choir and a sweeping Hammond organ. The whole contrast and conflict of the album keeps your listening ear alive, but the warmth throughout keeps things from jarring too much.

While it’s fair to say that the overall sound of the album leans in more of a “rock” direction, the writing itself is rooted squarely in the country music storytelling realm. Love, heartbreak, sacrifice, leaving, loss, hope, youth and nostalgia are all found in the collection that Margo and her husband and co-writer Jeremy Ivey have delivered, although much of it is framed in the more sideways and non-conformist way that she has developed. That said, anyone who is familiar with Margo’s back story will know that when she feeds you lines like “Gettin’ by, gettin’ high | Feeling like a low life bum | Racked up debt, couldn’t pay my rent” on Twinkle Twinkle she’s as straightforward with her own experiences as it’s possible to be.

At 10 tracks and just under 36 minutes long, That’s How Rumors Gets Started is direct and concise without being blunt or clumsy. It’s mature, open, forthright. It feels less wide open country, and more wide open roads, with a new, expansive sound. Simpson has pushed Margo’s voice further forward in the mix, and she’s rewarded that vote of confidence by delivering performances with a power and authority that I don’t hear in her previous recordings. Her voice sounds released, maybe even a little giddy with the freedom and liberty. Perhaps that’s how Margo herself feels, too. This feels like a landmark album for her. Is it country? Does she care? I don’t think so, and why should she? This is an artist in expression, and you don’t tie that kind of creativity down with labels. You set it free.

Twinkle Twinkle, What Happened To Our Love?, Prisoner Of The Highway