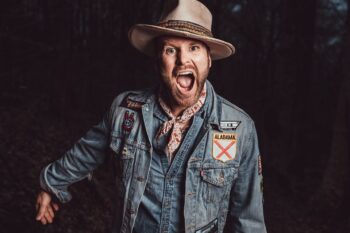 In a move designed to show his gratitude and appreciation for his UK and European fans, country star Drake White has announced his next Wednesday Night Therapy session will stream on Wednesday 5th August at 7pm BST / 8pm CEST – something that is sure to delight his burgeoning audience on that side of the pond. For fans in the USA, the equivalent time will be 1pm CET.

In revealing the plan for the upcoming stream, Drake said, “I played a writers round in 2017 with Maren Morris, Mac McAnally, Liz Rose and Kristian Bush. It was my first time touring Europe and a very special seed was planted. I’ve always considered myself a nomadic spirit and have always had a strong desire to see the world. The next night we played the small room at the iconic O2 London venue and there were 1500 people there and more were trying to get in! We have since been back to Europe multiple times and played the amazing O2 and many more great venues. We now have an incredible fan base throughout Europe and I wanted to give them a live Wednesday Night Therapy! So tell your friends, tell your neighbors, tell your dog that WNT is going international.”

In line with previous WNT (as they’ve become known) sessions, Drake will be live streaming the whole set via his Facebook and Instagram feeds, with a “catch-up” on YouTube for anyone who isn’t around during the show.

Drake has been delivering his WNT sessions ever since the coronavirus pandemic brought live music performances to a halt. From day one, he’s kept his audience both entertained and inspired. The regular sessions have grown from just Drake and Dylan through to full band performances, and now feature guests too. Best of all, it’s been an opportunity for fans to see for themselves the progress Drake has made since his arteriovenous malformation (AVM) health issue surfaced last year. Still working, still fighting, still believing, he’s now able to play his guitar during the sets – something that has warmed hearts the world over.

The sessions have been universally praised, with fan comments ranging from “A glimpse of sunshine” to “Freakin’ awesome!”. In the current times where so much is unclear and uncertain, what is certain is the positive impact these live streams have had on Drake’s audience. The opportunity to see Drake and the band sing and play regularly, and witness for themselves Drake’s journey to recovery and wholeness has been for many a beacon, a shining light in an otherwise gloomy period. And that’s in addition to the thrill and the straight-up good vibes everyone has when watching a live show, especially one featuring Drake’s distinctive brand of music and storytelling. 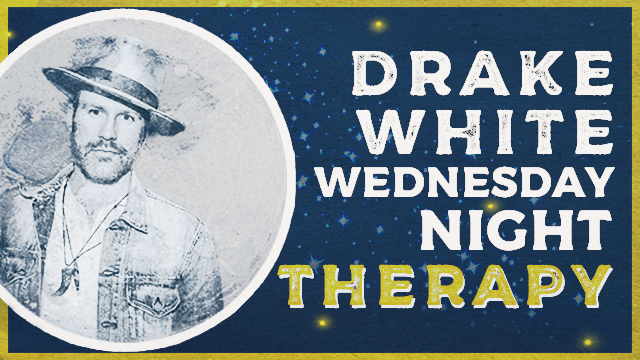