A few weeks ago, to the delight of his UK fans, Kyle Daniel was announced on the line-up for The Long Road Festival 2021. With next September still a long way away however, pandemic notwithstanding, he has high hopes of coming here much sooner. In his latest chat with Six Shooter Country, he talks new music and collaborations, his relationship with his fans and the benefits of songwriting sessions on zoom. Alison Dewar reports. 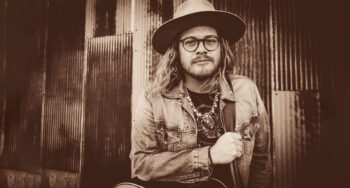 Kyle, last time we spoke you’d just had to leave London on the cusp of your big C2C Country To Country debut, how have you reflected on missing out.

I don’t mean to sound conceited or cocky but I feel it was a real opportunity to kind of debut myself as an artist to the UK and I think next time the debut is going to probably be bigger.

We were going to do an acoustic this time, but I feel the possibilities of what are about to happen with this new record could potentially turn that into a main stage opportunity with a full band.

That’s only a hope, but I’ve been working so hard with these new songs man. I’ve been writing with hit songwriters and I’ve got some of the strongest material I think I’ve ever had.

You’ve already spoken about plans for your first full-length album. When can we expect some news?

I’ve been working on it, writing 3-5 songs a week with some crazy insane writers over here and I’ve got a producer in my sights that I believe we’re going to work with who is a 35 times Grammy award-winning producer – no, I can’t tell you who – but even if it’s not him, I’ll be gunning for a big guy producer regardless.

Any namechecks you can give us?

I’ve been super fortunate to write with a lot of really great writers, just yesterday I wrote with Brian Elmquist from The Lone Bellow; I’ve been writing with Ronnie Bowman, who is a big bluegrass guy – he had four cuts off Chris Stapleton’s Traveller record – and we’ve built such a great relationship with each other as writers.

Obviously Seth (Rentfrow) my right hand man, he and I have written a couple of times; and Daniel Donato, the chicken pickin’ guitar cosmic-country king, we’ve been writing for me and for him.

Has it been more difficult songwriting by zoom?

To be honest, I’m shocked at the ability that I’ve had to write songs via zoom, I thought that was going to be a disaster. I’ve found I have some of the best songs I’ve ever written via zoom. It’s rearranged my thought process and my approach to songwriting.

Does that mean zoom writing will be a pattern for the future?

It’s like a first date – it could go very good or you think ‘would there be more of a spark in person’ – possibly, but you don’t have to have that. Now this face-to-face communication from abroad has really opened up a completely different ballgame.

To be able to write with buddies in New York, or LA or London, man, I think it’s the way of the future to do it like this. Although that’s not to say I won’t go into a publishing house and get a writer room with somebody.

You have to learn to be a little more respectful when writing with zoom so you don’t talk on top of each other and it can be a little challenging, but I think I have a grip on it and I feel great and positive about what’s happening in the future. I think we’re sitting in Disney World and I’m like…where do I open the doors? 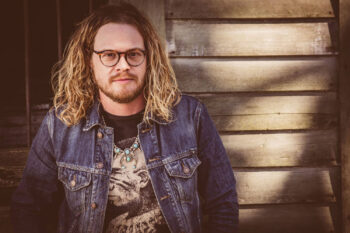 Are you in the studio yet?

I don’t like to lay around much, I’m a workhorse, I felt the need to get in the studio and see what this new kinda sound was.

I’ve got some new players that are in the mix, one is Drew Smithers, the guitar player for Bishop Gunn, a big up and coming southern rock and roll band that recently folded. He is a phenomenal slide guitar player, very heavily influenced by the Allman Brothers and that old school southern sound, he and I connected and he is such a smokin’ guitar player. He will be talked about in guitar magazines in years to come as one of the greatest guitar players of our generation.

We went and cut two tracks with Daniel Donato as the producer. I feel really confident about those songs, but I also know that what may be in the near future is going to be a completely different animal. I’m not positive these songs will ever see the light of day but it gave me a good opportunity to get Drew fired up about what we’re doing, to keep him engaged and keep that synergy rolling in and honestly, that was what brought this producer to the table.

The producer saw that Drew was in the studio and he was like, I need that guy’s contact information, I want to talk to him immediately about doing a record. I was like ‘ok…’

What do you think will be the timing for the launch?

That’s kind of the catch, if I put it out now I can’t tour on it, but I also feel like right now you probably have more attention put on social media because everyone is on here, everybody is a lot more accessible.

I don’t think it would be the end of the world to put it out before the end of the year but I’m not necessarily trying to rush it. I want to make this thing the best I possibly can because it’s my debut full-length record.

Aside from The Long Road, you say you hope to be back in the UK sooner rather than later?

I’ve got a feeling that I’ll be coming back to C2C because we didn’t get to do that and if it’s possible, we’ll be back more than once before TLR. I think the plan is to come to the UK before I do any US touring.

Your fans here will be delighted to hear that, I know you love staying in touch with them.

How has the isolation of the pandemic affected you?

I’ll be honest, this quarantine could have very easily crushed my emotional state, especially after being so close to doing what we were doing with C2C – it was like a breakthrough time. I came home and I prayed about it a lot and I meditated on what was next because there was (and still is) so much uncertainty and I found this peace inside of me that just kinda wouldn’t give up. It wouldn’t allow myself to lay down after that happened because I knew although that wasn’t my time, it didn’t mean my time wasn’t coming.

I have turned this negative situation into a positive. If you’re not driven to get up and seize the day I think it could very easily eat you.

I know for me, when it is time to come back out I want to lead the pack, I want to have a banging record, I want to be a leader, I do not want to be a follower. I want ‘oh man, Kyle Daniel sure didn’t slack off during this time, he did everything he could to progress his career’.

I have kept the positivity rolling in the hope of generating as much impactful success as possible because it’s so easy to potentially sleep in or wake up, eat, smoke a bowl, get drunk at night and fall asleep on the couch…

That sounds like a perfect way to wrap up. Kyle, thank you for making time to talk to us, we can’t wait to see you, so roll on 2021 and getting back to touring.

One thought on “Kyle Daniel Interview – “I knew although that wasn’t my time, it didn’t mean my time wasn’t coming””