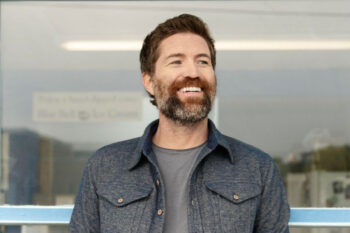 The anticipation ahead of reviewing Josh Turner’s new album of country classics Country State of Mind felt a bit like waiting for that big box of chocolates you know you’re going to receive on your birthday. As soon as you open it, there are immediately some old favourites – the classics you always go back to; while sitting neatly alongside them are plenty of flavoursome new mixtures (collaborations) and updated versions of well-known songs to tempt the aural tastebuds.

Turner refers to the album as his “Mount Rushmore of Country Music” and it’s an apt description.

Released this Friday, August 21, via Snakefarm Records in the UK, it is Turner’s way of paying tribute to the country music icons, among them the legendary Johnny Cash, Vern Gosdin, Hank Williams, John Anderson and Randy Travis, all of whom helped shape his career.

“I’ve always said that any song you hear coming from my voice, you’re going to hear bits and pieces of those five guys,” he says. “They taught me how to be Josh Turner.”

Well if that’s the case, we must be thankful he has decided it’s payback time.

The 12-song collection starts off with I’m No Stranger To The Rain and from the second you hear the opening title line in Turner’s oh-so-distinctive rich, deep voice, I challenge anyone not to be hooked.

Just five of the tracks feature Turner as a solo artist, including I Can Tell By The Way You Dance (written by Vern Gosdin) which takes regular Turner watchers back to the earlier days of his career. Its lively and upbeat tempo contrasts well with some of the darker tracks, notably the haunting storytelling of Midnight in Montgomery. Written by Alan Jackson and Don Sampson, it is an ode to country music legend Hank Williams, of whom more later.

You have to be a certain age to remember TV’s Saturday night must-see viewing The Dukes of Hazzard. The show’s theme song Good Ol’ Boys was written and sung by Waylon Jennings and originally released in 1980 – is it a country classic? I’m not so sure, but it’s certainly a piece of light-hearted fun to get the toes tapping and it’s in no way out of place here.

When it comes to the duets at the heart of this album, the first mention must go to Forever and Ever, Amen – the tune that marks Randy Travis’ first return to the recording studio since his debilitating stroke back in 2013.

Turner cites Travis as both his hero and the reason he wanted to become a country singer and this Grammy award-winning song was originally released by Travis back in 1987.

During recent interviews Turner has spoken about the ‘bittersweet moment’ when Travis joined him in the studio for this recording. Check out a very touching video that’s been shared of Travis sitting to one side of the stage in his wheelchair as Turner plays his acoustic guitar and sings. That very last word…‘Amen’ absolutely belongs to Travis.

Turner certainly blends old country and new country and he has said that his mission is to educate – not just to entertain. He want his audience to get below the surface of the songs and discover things they never knew.

It’s a clever move, bringing the likes of Maddie & Tae on board for Desperately – a 2004 single for George Strait and the newest song on the album – delivering a fresh, lighter feel; as does the inclusion of Runaway June, who take the part of George Jones on You Don’t Seem To Miss Me.

The title track Country State Of Mind, originally a 1986 hit co-written and sung by Hank Williams Jr, now becomes a duet with fellow Grand Ole Opry member Chris Janson. Turner calls it the ‘soundtrack of his life’, describing it as ‘just two good ol’ country boys singing a song and having a good time’.

One of the darkest songs is Hank Williams’ Alone and Forsaken brought back to life by Turner’s deep baritone which mixes perfectly with Allison Moorer’s harmonies. Just don’t listen to this when you’re feeling down.

On a happier note, with I’ve Got It Made Turner reprises John Anderson’s own 1993 hit alongside the man himself. It’s followed by the indomitable Kris Kristofferson’s Why Me, re-imagined from back in 1973. Those gravelly tones are guaranteed to make the hairs rise on the back of your neck.

The final track on the collection is another solo contribution. Johnny Cash’s The Caretaker might be short but it’s perfectly formed – Turner and his guitar hit the perfect notes of this piece of thought-provoking poetry. Listen out for the lightest of touches as the ‘old John’ of the lyrics become ‘old Josh’…it works beautifully, as does this whole album.

It’s safe to say that Turner has conquered the dizzy heights of his very own musical mountain – let this album mature like a good whisky and it’ll be with you for years to come. 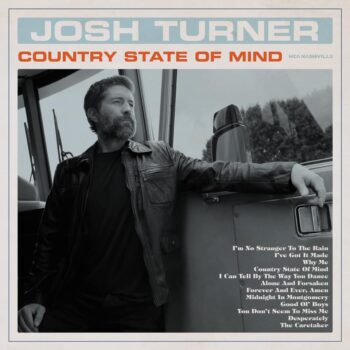 Recommended Tracks
I’m No Stranger To The Rain, Midnight In Montgomery, The Caretaker

Six Shooter Rating
9 out of 10