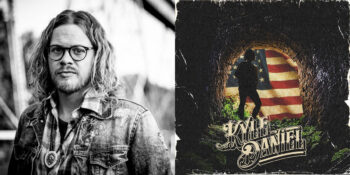 Kentucky-born, now Nashville-based, Kyle is releasing two new tracks as a digital 45, now available on all platforms: ‘This American Dream’ and ‘Hollerin’ Hills’. Country Hits Radio premiered the A-side ‘This American Dream’ last week: now the track’s getting a full release, accompanied by a powerful, heartfelt video, along with its B-side companion.

Check out the video for ‘This American Dream‘ here:-

Kyle has been hailed as a rising talent in the world of Country and Americana, and flagged up as one of the best upcoming artists in the scenes. Americana and Roots television network DittyTV, for example, called Kyle “one of the most exciting emerging artists in americana and roots music.”

Tune into country radio’s airwaves and streams and you’ll find Kyle getting airplay, but no-one would wisely pigeonhole either the man himself or tie down the reach and appeal of his music within the tidy picket fences of just one genre.

Unlike many artists heard on mainstream country radio, Kyle Daniel brings new, rock-sourced ingredients to the party. Kyle himself sees his music as “a melting pot of all of my influences, with my own twist: Gregg Allman (The Allman Brothers) meets Bruce Springsteen meets Tom Petty meets Chris Stapleton.” Fine ingredients, which he cheerfully says brew up “a mix of Country, Southern Rock and Americana: I like to call it Homegrown Kentucky Rock N Soul.”

Whilst his following is particularly strong in the Country and Americana scenes, Kyle’s range, appeal and fan following certainly reach beyond those boundaries into Rock, Country Rock and Southern Rock territories.

Kyle Daniel visited the UK just one year ago (in October 2019) to play CMW (Country Music Week) and blew the UK away! British fans’ reaction was enthusiastic and outstanding, as Kyle himself acknowledged: “The amount of love that I have received since returning from the UK has been unbelievable! The fans that caught wind of our first appearances over the pond, or those who were able to catch one of our shows, are more than just fans; they’re family. I have never been welcomed with such open arms and acceptance in my entire life.”

Kyle returned to these shores in March this year, as part of his contribution to C2C’s European events. Kyle played the C2C gigs in Berlin and Amsterdam, building his Continental following, but had to fly back to the USA early as this year’s UK C2C COUNTRY TO COUNTRY 2020 festival had to be cancelled: a disappointment for such a go-getting performer who’s committed to live performance and would have made 4 appearances at C2C in London, performing on the Spotlight Stage and around The O2 over the festival weekend.

Of his latest release, ‘This American Dream’, Kyle hopes the A-side track will inspire hope and unity in troubled, unprecedented times: “I don’t feel like I have a better song to attempt to unify the people of the United States. We’ve driven such a wedge between ourselves, and continue to divide ourselves on a daily basis. The hope for this song is to look back at what our country was built upon and examine where we are today. It is a cry for life, liberty and the pursuit of happiness that is up to us in order to change.”

“This was the first time I had written with Dylan Altman and Will Hoge,” Kyle reflects, “I couldn’t have been happier how this song turned out. I truly hope the message is able to make a positive impact for us all to rise above together.”

Amazingly, Kyle shot the video for ‘This American Dream’ in just 24 hours! It sure doesn’t show.

“As release day approached,” says Kyle, “something in my gut told me that I needed to cut a video to go along with this powerful message. At the buzzer, I decided to take one of my best friends and directors – Jeff Joslin from Native Wind Media — to my family farm in Bowling Green, KY to shoot some footage. Although there is plenty of live footage of me performing the song throughout the fields and in the woods, I wanted there to be an underlying message that rang true to who I am as well. My ‘American Dream’, if you must.

“As a young man, I chased the All-American dream of pursuing a career as a professional baseball player. In the video, I wanted to showcase my love and history with baseball and as you see me throw the ball to my dog Franklin, I begin to spin into what is now my life: music.

“I also wanted to highlight the frontline workers during this time as many of them are laying it all on the line for us. Although we may feel as though we are in the midst of one of the darkest and most confusing times in history, I truly believe we are able to overcome this if we stick together and begin to unify ourselves more in the process “

Watch the video and you’ll see Kyle on his family’s farm, and elsewhere: walking, working and playing his guitar with passion. Such shots add a personal touch to the song and its heartfelt message. And you’ll find footage of American struggles, strife and tribulations woven in too, showing the country’s resilience in times of trouble; also, moments of joy, hope and togetherness.

Do check out the inspirational, even anthemic, track for yourselves and its powerful, accompanying video, which — as The Deli observed of Kyle’s work – hits “that sweet spot between southern rock and good old americana country music.” 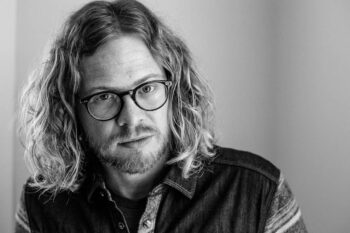