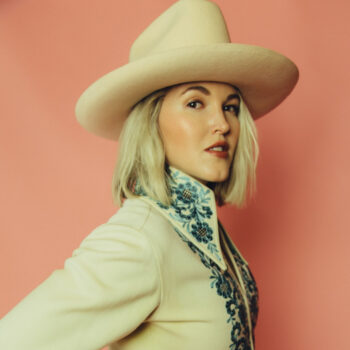 Two years after the release of The Lonely One, the daughter of the late, great Glen Campbell shows she is in charge of her own musical destiny and has every right to take to the stage based on what she does, not who she is. Paul Sammon reviews….

You’ll notice straight away Ashley has steered away from the pop slant in opening track Good To Let Go. This is a simple, East Nashville sounding track. Reminiscent of a Smooth Hound Smith sound, reflecting on a past relationship and how hard it was to love them. Life is better now she’s left. We’ve all been there, right?

When I spoke with Ashley recently she agreed the Patsy Cline sound of Forever Isn’t That Long was deliberate. You’ll be whisked away on a flowing, jazz kind of golden country sound with this one. It could have been plucked from a 1950’s catalogue. That said, it still sounds modern. Have a listen and you’ll hear what I mean.

If I Wasn’t is a fantastic collaboration with the superstar Vince Gill. His part in it is subtle but just enough. Could any session musician have done it? Sure. But not this well. This one is a grower and the more I hear it the more I love it. The harmonies are great.

The title track, Something Lovely, is a simple, whimsy tune that, like any good song, you’ll relate to, if only one or two lyrics. The strings give it a beautiful Summer sound and it really is, well, lovely.

Wanting Remembering to be part of her album catalogue, Ashley reworked it for this release. It most definitely honours her Dad and refers to them living with his Alzheimer’s disease. This version is, in Ashley’s words, “Remembering recorded in the way I’ve always wanted to record it…” Have the tissues to hand. I love what they’ve done to it by keeping it honest and simple.

Moustache Man is a banjo led instrumental. Being the multi talented, multi instrumentalist that she is, Ashley proves she can turn her hand to pretty much anything. If you’re like me, you’ll be tapping your toes and humming the medley when you hit the sack tonight.

A soulful and moody offering comes next with Digging Deep. Singing of a love that’s gone away, she’s telling us she’s digging deep until they come back. It’s quite bluesy. It drums up an image of a stage and a spotlight in a smoky bar of days gone by while she mourns her lost love to the crowd.

The opening bars of Suitcase Heart sound a bit like a Cam song. That’s not a bad thing of course and, before she gets too settled, she’s warning of her penchant towards leaving. “Always gone before it even starts”. Despite its rather sad subject, it’s actually a really nice composition with a lovely guitar under the words. I kinda like it.

Ashley seemed quite pleased when I told her Walk On By is “very Kacey Musgraves”. See what you think. While the ukulele and Hawaiian sound is nothing new to country music it still works really well as, what seems like, a throw it in tune. The lyrics are very clever too. Sat at the bar, wanting to be alone, but thanks anyway.

I hope, one day, y’all feel the way about someone the way she does in this piece. Pure, mesmerising love. I honestly believe Alice is now one of my favourite love songs that I’ve ever heard. Plus there’s banjo in there to boot. Good times.

Assuming you don’t have the album on shuffle, Moonlight is quite the contrast to Alice. “I close my eyes, hoping that I won’t dream tonight” There’s no explanation as to why they’re not together but I do feel for her. Maybe the whistling at the end is telling us he’s a travelling cowboy out on the sweeping plains.

The album finishes with a cover. Not just any cover, but a re-imagining of the Beach Boys classic Good Vibrations. Turns out her Dad could have played on the original recordings too. That’s pretty cool if you ask me. I do like this version and it may be the only version this generation may hear until the grandparents say, “That’s not new…” But I’m confident it stands on its own for the here and now.

All in all, when we consider what’s going on in the world and the amount of home studio music that seems to be flooding the market from all genres, I urge you to get this album, pour yourself a drink, put on your headphones and let yourself go. It’s different yet somehow familiar and, I do believe, a shining beacon in a sea of mediocrity. 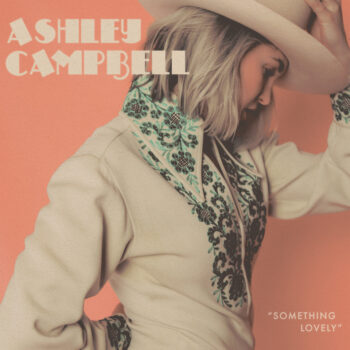