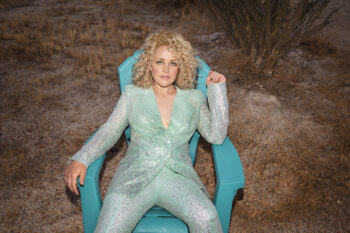 For someone who champions diversity, it’s something of an initial surprise to see Cam’s official video for ‘Classic’, one of the songs on her new album The Otherside, due out on October 30.

The Grammy award-nominated artist appears as the epitome of 1950s Hollywood glamour and glitz, complete with bright pink ballgown and boobs (of which more later), channelling Marilyn Monroe and Lucille Ball as she is fawned over and waited on by a succession of uniformed bellboys.

Delve a little deeper however, and in conversation with Six Shooter Country’s Alison Dewar, Cam reveals that this apparent juxtaposition of images is exactly the sort of conversation she likes to create.

Read on to find out more, but first of all, let’s talk about the music.

Cam has already released four songs from The Otherside, her long-awaited second album. These include the more poppy and frothy Classic, the heartfelt Redwood Tree (from which I got vibes of Nanci Griffith), love song till There’s Nothing Left, and long-time fan favourite Diane which, together with title track The Otherside, is much more anthemic.

Having had the privilege of listening to the whole album in advance of our interview, I described it to her as a bit like having your very own Cam mix tape and asked if that was her intention.

“I love that you said that, it really is a mix tape of my life and the life lessons, and the things that I think are important, lessons other people are going through right now. I want it to be something that you turn on and it’s kind of like Mary Poppins with her medicine where she pours and there’s the different colours for different people.

“And that’s I think the benefit of having this many years to put this together and it’s not getting one time in my life either. You’re getting a lot of lessons that are happening for me, , it’s eclectic but it also has lots of moods and I think it’s going to give you more mileage and more for your money and everything (laughs) and you’ll get more out of it. That just seems to be my nature. It’s just like life, you’re like should I be doing this like everybody else is doing it…nah.”

She says making 11 or 12 tracks of one sound, one kind of noise, “just isn’t her”, something she attributes to growing up listening to all kinds of different music.

“I am just a little explorer, a storyteller and I’m trying so hard to understand myself in the world and so, my process is pulling things from the unconscious, subconscious, and bringing them to the light so I can heal myself, that’s why I do music,” she says.

“You have to just do the production that’s right for the song. I don’t really live in the rules of ‘well, I’m a country artist so I need a banjo on this song’. I think because Burning House was so specifically unique and commercially successful at the same time, I have felt more free than I think a lot of people do, and so I just get to follow my little heart.” 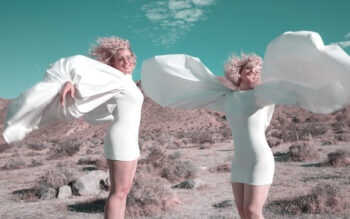 The perfect time then to discuss the Classic video, filmed at White Limozeen, the brand new rooftop bar of the Graduate Hotel in Nashville, and for starters, Cam says she wanted to make a video which was the opposite of what is going on in the world right now.

“Making something during a pandemic is very difficult and I wanted something that was bright and fun, so it was very purposeful to counterbalance what is going on for people. For me that feels very punk and counterculture to try and do the opposite of what is happening.

“Personally, there are a lot of reasons that I think it’s really interesting to look at the past right now. To look at things that you were nostalgic for, not only finding how they are cosy and warm feeling, but also finding out how they are flawed. It’s wild to look back with the lens that you have known, on a time that is a different time, and that brings up so many feelings for me.

“Over the past two years, I have been spending a lot of time working on diversity and task forces and stuff like that. After you come through all this critical understanding of what’s going on, you also allow yourself to find that Marilyn Monroe grew up in the foster system and her mother had psychological issues; the entrepreneurial spirit of Lucille Ball and things like that, it is all a mixed bag. I am going way deeper…”

Famously having given up psychology for her music career, delving deeper is undoubtedly a Cam trait, and she explains more:

“I realised that I had grown up like Redwood Tree (one of the songs on the new album). I grew up climbing trees, no make-up and I thought valuing intelligence and things that were not considered typically feminine, made me better, stronger, more real. It was like post-Marilyn was this girly thing, that was how women were allowed to have power, to be in those specific feminine spaces.

“The women like us, who came after, were like ‘uh, I reject that because I wanna be powerful in my own right’ but by rejecting that, it’s another sneaky move by the powers that be, because then I’m supposed to deny and dislike parts of myself that are feminine, so I still don’t get to be whole in that game either.

“That’s been a lesson for me. I’ve had my hate of having to do make-up and hair, hate having to wear high heels; but in the hatred of it, it’s also controlled me, because I’m still having an emotional reaction. It’s like there is ‘oh there’s the nostalgia and I’ve romanticised it’ and then there’s the criticism ‘oh my God how could they have….blah blah blah’.

“You have to see the whole picture, you have to be critical of it and you have to be accepting of it. For me personally, that was right, let’s show them my big boobs that came from my daughter, putting on make-up and playing the sex symbol, play the funny – you know, where white women have been in the past – be that role for a second and find out what that means to me.

“You don’t have to know any of that stuff to enjoy the music video but it’s like a vintage feminine exploration for me. Depending on where you’re at in your journey it’s going to feel different to you, but that’s what it was for me. I think everybody’s looking backwards right now, trying to understand how we got here and it’s kind of fun to put something out that means different things to different people.” 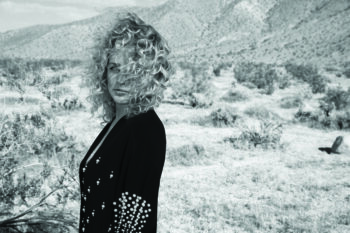 During lockdown, Cam has stayed in touch with her fans on social media, including her Coffee with Cam sessions; and has been flexing her vocal muscles on everything from a livestream at the Ryman to a guest appearance on America’s Got Talent. I asked her what life has been like at home with baby Lucy and husband Adam.

“It definitely grounds you to have a little being that is so present, she is here, she’s not drifting off into dreamland. Normally, as an artist, I think you spend a lot of time in your head or not quite in reality (laughs), so it’s powerful to be present.

“It’s been so nice to spend time with her, to get time with my husband, I feel like everybody’s relationships have a new notch on all of our belts as we spend time together. It sounds really silly, but I’ve been enjoying like organising things, when you’re home enough to ‘would you organise this’ and making sure that what I have and what I’m using is purposeful. That’s kind of fun.”

Talking about time, it took three years to get here from Untamed, are you already thinking about what comes next?

“Yes and no, I sit down and write songs as I’m inspired, but at the same time I’m like ‘urgh’ can I even think about something else while I’m putting this out. Often you get ahead of yourself, but from a workflow standpoint everyone says you’ve got to get on it, otherwise it’ll be (here) before you know it. I’m trying really hard just to enjoy when song ideas come to me instead of the every day push out a song.

“I’m really glad to have these songs, I feel they really push the envelope for where the music scene and the world is at right now so I think it’s going to be fun to think of more ways that this next album can keep pushing.”

Obviously we saw you over here at C2C Songwriters and The Long Road last year and you’ve always been so good with your British fans. What would your message be to them now?

“I literally have talked through multiple plans, plans for touring, plans for a way to sneak over there and do something and I think – without scaring anyone that I’m doing something that’s illegal or whatever – you are on my mind all the time, like how to get there. I’ve been talking with Adam, how can we get the dogs over there and do all this stuff.

“Knowing the music is coming out is amazing and knowing the album will be there for you guys. We’ve also just set up a separate merch thing so you guys can get the CDs and vinyls that aren’t going to be so incredibly expensive with all the shipping.

“The next thing is to figure out is when it’s possible to be there. Of course we can do things over the internet, but just don’t worry that the live stuff, you are 100% on my mind and as soon as there is like some tiny, little sliver of light I’m going to sneak through that door.

“I just love the entire UK scene, it’s so wonderful speaking to you guys and the fans, it feels I don’t know, it feels like it’s meant to be.”

Thank you Cam, it’s been a pleasure talking to you, and fingers crossed it won’t be too long… 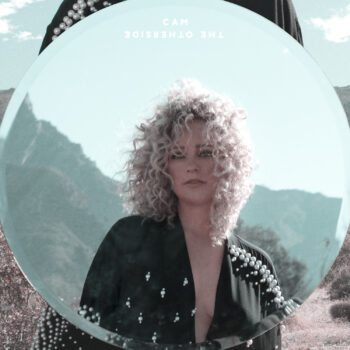 Cam’s new album, The Otherside, is due out on October 30. Read our review here.

One thought on “Cam on Digging Deeper, And Her “Life Lessons Mixtape” New Album”