Prior to the release of his Dirt Road Therapy EP later this month we thought now would be a good time to find out a little more about Clayton Smalley, a hard-working guy balancing the demands of a music career with both a family and a full-time job outside of music. How does that all work? Paul Sammon finds out… 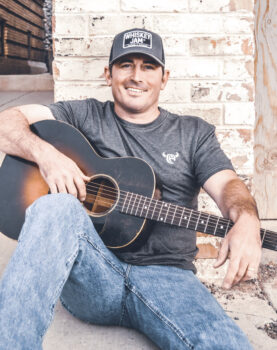 Clayton, nice to see you.

Hey, how are you. Good to meet you.

Let’s start at the beginning then. You’re from California so, when did you move to Utah and what caused that?

Yeah, I was born and raised in California and did a little bit of music there, met my wife and got married pretty young. The town I grew up in was agricultural but by the time we left it was nothing but houses. I’d just got my welding inspector certificate and I took the first job I could get in North Carolina. We were out there for ten years when there was a pretty big economic crash. My brother had already moved here and said I could work with him, so we’ve been here since 2014. I was pretty close to Nashville for a minute.

Where did you record the new EP? Was that in Nashville?

Yes. Both of them actually. They wanted to do it out there. Dave Flint, my producer is set up out there. [The story is] I wanted to get back into music. I wanted to get a band together with no idea of doing anything like this. I was going to start a YouTube channel and get a catalogue of covers built up and I had an Instagram account and started talking with John [Griffin]. He asked if I was interested in song writing so I thought I’d give it a go. I wasn’t gonna pass up a chance to record in Nashville.

Are you still balancing the singing with your full-time job?

I do. I started out as a welding inspector but now I’m into masonry and that sort of thing all over. But it’s all rewarding. I have two kids and they’re older. That’s kind of what allowed me to get back into the music. As they get older Mom ‘n’ Dad aren’t as important as they used to be.

I notice you released the single, Happy Place, earlier in the year but it’s not on the EP.

Yeah, we actually discussed putting that and my cover of Cover Me Up on a hard copy and we probably still will one of these days but Happy Place just kinda happened. From writing to release was something like three weeks. They did the track in Nashville and I added the vocals here. My son had been bugging me for a few days to go fishing just when Covid came about. We went and caught a few, took some pictures. John called me that night and said, “I love how the world is freaking out and you just go fishing.” I was like, “Hey man, it’s my happy place. I needed to get away.” I think we both thought at the same time that was a song and we wrote it the next day.

Let’s talk about the Dirt Road Therapy EP. My favourite track is Modern Day Merle. I like the country rock sound. Tell us about that.

So the way that one came about, John and I had been writing with Steve Dean since March or so [Steve Dean has had songs recorded by Reba McEntire and George Strait, among others]. I thought it was gonna be a one and done thing, but it’s turned into a friendship and something we do every Monday. He’s the coolest guy and an amazing song writer and we were writing a song called I Hate How Much I Love You that sounded a little like a Merle Haggard song and John just piped up, “Modern Day Merle” and we were just like, “Well there’s another song.”

I grew up on 90’s country. It’s what I listened to, it’s what I love and I still do as well as the old school stuff. For the whole sound of this EP, it was really important to me that had like a pedal steel guitar. I wanted a bit more fiddle but more production is more cost and that, but on this track I had to have fiddle and, production wise, it may be my favourite on the EP.

Now, Dirt Road Therapy; I gather some of it is about you? You’ve still got that truck?

I do, yeah, a ’64 F100, still sitting in my garage. It’s not totalled but there’s a lot of work to be done. It’s kinda hard to total something from back then that’s all actual steel, y’know? We got that verse done and the rest kinda just flowed.

I definitely agree, yeah. I think it is coincidence. We didn’t go into it saying we wanted it to be like The Eagles. I think it just goes back to what your influences are. I think my last EP, Whiskey Sunrise, was pretty “Eagle-ish” and I think it just happens when you go into production and even when you’re writing it comes out as what you like listening to. 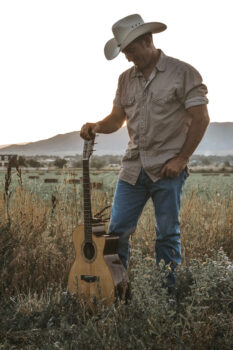 There’s a couple of slow songs on there, Phoenix Rise and Watch Me Fall. Tell us about those.

We definitely wanted at least one slow song on there and Watch Me Fall happened later ‘cause that’s already out. It’s one of the favourite things I’ve recorded. When we were recording Whiskey Sunrise we were playing in a writer’s round, “Jamming in Jammies” at the Nashville Palace. The same night I met Randy Travis by the way… Well, John [Griffin] played that song for the first time that night and I knew from the first verse I wanted to record this song.

I Never Let A Good Time Get Away has the lyric ‘I never cracked a seal on a bottle of Jack and put it back on the shelf’ That’s a great lyric, where did that come from?

I don’t remember who came up with that first lyric. On the same way I feel that’s what makes great songs and I feel like I’m still learning that. It’s an art, and to watch guys like Steve break something down is just unbelievable. Whenever I actually have a line everybody’s like “Woah” To me it’s like, holy crap, I can’t believe I just did that. John’s as good as they get, too. Look at Watch Me Fall.

You recorded 24/7 with Belinda Charlene and I’ve recently learned she’s actually Swedish. How did that collaboration happen?

We wrote 24/7 and when I was going out to record Whiskey Sunrise and we watched her at Roberts – Western World on Broadway [Nashville]. I actually did two versions. Just mine and the duet. It was through speaking with her that I learned just how big country music was overseas.

The musicians on the EP, are they session players or are they your band?

They’re session musicians. Nebo Road are still my guys that I play with out here. Behind us here are the Nebo Mountains where we go hunting and fishing and there’s a road called Nebo Loop Road. In the summer I’m on that road all the time. So we just dropped the Loop.

OK, Quickfire round. Baseball or football?

Baseball. One Hundred percent. I’m a Dodgers fan being from Southern California and we finally won the World Series. It’s always been the team I followed since I was a kid.

I’m gonna say beer. Me and whiskey don’t get along very well.

Night out or night in?

Do you have a guilty pleasure song?

I’m pretty hardcore country but I do have a thing for Maroon 5. They do a live version of If I Ain’t Got You by Alicia Keys. Adam Levine can sing, man.

Do you prefer stage or studio?

I would say stage. I just love the interaction. The studio for me is so new. It’s like, exhausting. I mean, it’s great for what comes out of it but when I hear the studio recordings, I feel like I’m still learning. I feel like on the stage I’m more at home and that’s when I can let it rip. You’ve got the crowd and everybody’s into it.

When Covid’s over you’ve got to come to the UK.

I’d love to, man. The only place I’ve been outside the US is Mexico. I’m down. Let’s do it. I’m blown away with the support out there. I love that country music is big in so many places besides here. Just not knowing about it until recently is crazy. When I saw that the pre-order was number two, I was just like, “Holy Cow!” I just wanna say I appreciate y’all and I cannot wait to come over there and play.

Clayton Smalley‘s new EP Dirt Road Therapy is released on 20th November 2020, you can pre-save the EP in Spotify and iTunes HERE 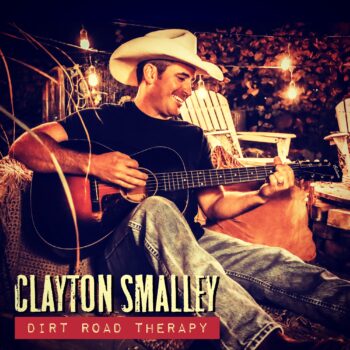 Clayton Smalley will be holding an exclusive online release party for his new EP Dirt Road Therapyon Saturday 21st November 2020, and you could win access to it! Not only that, but the winner will also receive a merch bundle and a bottle of Jack Daniels! (Alternative prize available if the winner is under 18). Just head over to this link to see how you can be in with a chance to win this great prize!