Rising Country star Hailey Whitters releases Glad To Be Here (featuring Brent Cobb) from LIVING THE DREAM, a deluxe edition of her critically-acclaimed breakthrough album THE DREAM that will be released on February 26th via Pigasus Records / Big Loud Records / Songs & Daughters.

Glad To Be Here (featuring Brent Cobb) follows the release of Whitters’ current single Fillin’ My Cup (featuring Little Big Town), which has racked up more than 3 million streams globally since its debut, and The Ride (featuring Jordan Davis).

“Throughout the whirlwind release of THE DREAM, I kept catching myself sayin’, ‘I’m just glad to be here,’” explains Whitters. “I truly felt at peace with my process and was enjoying getting to see dreams come true that I had nearly given up on, believing they would ever happen. I went to go write a song about it, and realised Brent Cobb, Neil Medley, and Brent Rupard had already done it – and done it really well. I knew I couldn’t top it, so I recorded this one and asked my pal Brent to sing on it with me. He went out on a limb by asking me to open for his SUCKER FOR A GOOD TIME TOUR in the fall of 2019, and he’s also my favourite Country singer-songwriter of this generation, so it was a high honour to have him singin’ on this one with me.”

“All of the artists featured on this project are responsible for me being able to hang up the apron strings and make music full-time,” says Whitters about LIVING THE DREAM. “The royalties from Little Big Town’s cut on Happy People helped pay for part of THE DREAM, Brent Cobb and Jordan Davis were two of the first artists to take me on tour, Lori McKenna and Hillary Lindsey are my two songwriting idols and favourite co-creators, and Trisha Yearwood is one of the first artists that got me excited about moving to Nashville and pursuing Country music. I wanted to show fans full circle what ‘living the dream’ looks like for me – from where I started with Ten Year Town to the bucket list moments that have resulted since I released my record, THE DREAM. I felt it was important to show them what can happen when you don’t give up on yourself.”

Whitters’ THE DREAM firmly established the Iowa-born artist as “Nashville’s Next Big Star.” By the end of 2020, it was hailed as one of the top albums of the year, landing at #1 on both Stereogum’s “10 Best Country Albums of 2020” and Garden & Gun’s “Best Southern Albums of 2020” lists. THE DREAM was named among the best albums of the year by The Washington Post, Paste Magazine, The Tennessean, and landed at #6 on Rolling Stone’s “30 Best Country & Americana Albums of 2020” list, who proclaimed, “The Dream is the type of record that could propel an artist as talented as Whitters in a million different directions.” Rolling Stone and American Songwriter also named her single Janice at the Hotel Bar one of the best songs of 2020. 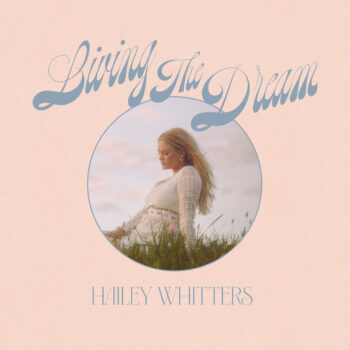