If you’re hoping for an album of toe-tapping country, well, jog on I’m afraid. This is a foot-stomping bad boy with big drums and guitars twanging with the same Georgia drawl as Jacob Bryant. Here’s my take on his U.K. release, out now.

For the switched on among you, you’ll already realise a dozen of these tracks have been around for over a year online and it hit number one in the iTunes country charts. I asked him, “Why a deluxe album with the extra tracks?” 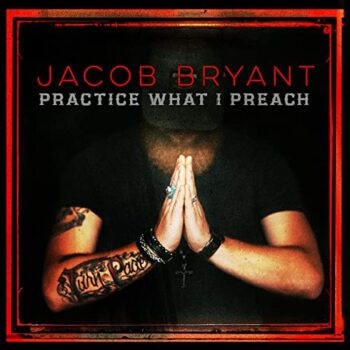 He replied, “I’m always getting messages from Australia, from London, from Germany, from random places and they’re like ‘Man, we love you over here, when are you coming over?’ I just felt like I was doing them a dis-service by not doing something for them.”

Now, rather than dissect every track, I’m gonna give you some highlights then look at the five new tracks exclusive to us here in lil’ ol’ England.

I can’t tell you about this album without kicking off with More Than One Year. There’s no doubt, this is my kinda country. If you like The Cadillac Three, Eric Church or even Daughtry then this is for you. Jacob didn’t pen this tune but felt connected to it since it’s about the lifestyle he was living at the time. The song is about drink, drugs and Rock ‘n Roll. Not in a glamourised way but more a cautionary tale if you’re a performer. A good, solid opener.

While there’s no doubt this album is very much Southern Rock, his voice is still pretty smooth. Imagine if you will, Chris Young sang with Brantley Gilbert’s band and you’d be there I reckon. 25 in Jail is another up-tempo tune that’ll have you singing the last bit of the chorus at least, “I didn’t turn 21 in prison; I turned 25 in Jail”

It’s not all raucous rocking though, no-no. There’s a good mix of slowed down ballads and a lot of soul too. Best Part Of Me Is You should speak to a few of you I’m certain. A sentiment we might feel but perhaps don’t say enough. And then there’s Sometimes I Pray where he’s leaning on the Big Man upstairs to get through a break-up. That cuts deep, man. I mean it’s a song that refers to love, God and whiskey all rolled into a four-minute song. Isn’t that the epitome of country right there?

Before we get to the new stuff, I want to draw your attention to the title track, Practice What I Preach and Pour Whiskey On My Grave. The former painting a picture of what I imagine it’s like to be an American living in the South. Again, referring to the Bible but also owning a gun and feeling safe enough to sleep with an unlocked door because you own said gun and Bible. Ah, the good ol’ days.

Now, Pour Whiskey. In his words – “Unfortunately, I didn’t write it, but after my mom passed away, I always go to her grave every year and I pour out a beer and sit ‘n drink a beer with her. So, the first time I heard that in a songwriter’s round here in Nashville I knew that I had to cut it.” If you learn Jacob’s story and start to understand his journey, you’ll really appreciate the music and this album, which leads me nicely onto the new tracks.

By his own admission, Don’t You Let Me Down Now is influenced by the late, great Tom Petty. I must agree, it does have more of a classic rock sound to it, until he starts singing. Whoop, there’s the twang and now it’s a country song again. Plus, he’s singing to his whiskey. Hey, if you’ve never sang to your drink then you’re no friend of mine.

Maybe Tell Me is a drunk dial or perhaps even a visit, months after a breakup but it’s definitely filled with angst and heartbreak. He just wants his ex to finish this because he doesn’t have the strength to admit that it’s over… or not. Just please, put the poor man out of his misery.

One thing that never came across when I spoke with Jacob was an air of “Look at me, aren’t I great for dealing with everything in my life?” The fact is he has battled addiction after tragedy in his life, but he just uses his music to convey that; he doesn’t try and play a victim or someone that we should admire because he’s reached rock bottom and made his way back. Save My Soul really allows him to get that out and the guitar solo at the end is freaking awesome. That could be down to having written it with Jon Lawhorn from Black Stone Cherry, of course.

Continuing the theme of travelling the road to redemption is This Side Of Sober. From the perspective of a guy on the twelve-step plan. I can’t personally relate to this, but the song is so well crafted with clever piano that I can sort of start to understand how tough it must be. Everyone has their own back-story. Don’t judge, folks.

Some people can be quite happy being on their own in life, but others are lucky enough to have that special someone that means you can totally relate to Angels On Earth. The opening verse does rather read like vows from a Hollywood wedding, but I guess for some that’s not a bad thing. It’s a really sweet song but doesn’t detract from the rest of the album.

If I can be honest, I’m a little disappointed the extra five tracks are a bit slow in tempo. I would have liked there to have been at least one anthem on there. However, if you’re not familiar with this guy I urge you to get a hold of this album. If this dropped right now for the first time as a complete set of seventeen songs, I would be raving about how great value it all is and, let’s face it, there’s not a bad song on here.

Putting all this into the context of my interview with a really nice guy that’s not even thirty and dealt with all the crap he has; Jacob Bryant still manages to create music as good as this. Bear in mind, you’re lucky this album made it out at all. But you can read about that in my Six Shooter Interview here.