2019. Was it really so long ago that Lainey Wilson staked such a strong claim to the hearts and minds of UK Country fans? If you saw any of the sets she played at the C2C Country To Country Festival in London that year, you’ll know exactly what I’m talking about. Although she’d been to London the previous year for Country Music Week, C2C gave her bigger stages and a wider audience to play to. Lainey is a force of nature, with a personality that cuts across the rowdiest of crowds, backed by an uber-tight band, slaying audiences with the power of their performance and delivering an array of songs and stories perfect for a live setting.

When I spoke with Lainey during the festival, she told me that she would be entering the studio almost as soon as she returned from London to begin work on a new album, with the much lauded Jay Joyce (Eric Church, Brothers Osborne, Carrie Underwood, Little Big Town and more) on board to produce. It’s been a long time coming, but finally Sayin’ What I’m Thinking is that album.

Right from the off, with opening track Neon Diamonds, you can hear how Lainey and Joyce are a perfect collaborative pair. The opening strains of the short intro are very Bros. Os. guitar heavy, before the song opens up into a joyous bar room sing-a-long. Along with companion tracks like WWDD, LA and Pipe, it’s tailor made for a raucous live audience.

There’s a good spread of both tempo and sentiment across the album. Tracks like Keeping Bars In Business and Rolling Stone keep the mood varied, and it’s good to see something as relatively gentle as Things A Man Oughta Know being released to radio. Sunday Best is a mid-tempo boozy heartbreak song with a touch of the Southern gothic about it, while Small Town, Girl reminds me a little of Lainey’s earlier track High On Somethin’ – I expect it to become a fan favourite in much the same way. 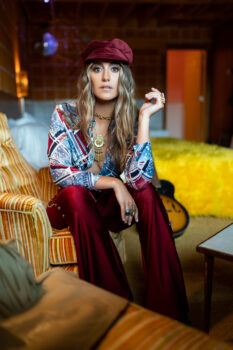 When comparing the Lainey Wilson of 3 or 4 years ago to the Lainey Wilson we hear on this album, it’s impossible not to hear how much more confident she sounds. Lainey has never been one to come across as a shrinking violet, but there’s a real step up in the way she attacks the songs throughout the album. I don’t know how much of this is down to Joyce’s experience in coaxing the performances out of her, or if Lainey is simply drawing assurance from the fact that she really is saying what she’s thinking as the album title implies.

A look at the writing credits for the album shows the extent of her work not just as performer, but also as songwriter. All of the 12 tracks on Sayin’ What I’m Thinkin’ quote Lainey as co-writer, and she has some notable collaborations with the likes of Casey Beathard, Hannah Dasher, Luke Dick and Jonathon Singleton also in the mix.

If there’s one negative I can level of the album, it’s this. Of the 12 tracks here, we’ve already heard 9. Lainey’s Redneck Hollywood EP was released in September 2019, and all four tracks are included on Sayin’ What I’m Thinkin’. Another five cuts have made their way out into the wild since then. Only Pipe, Keeping Bars In Business and the album’s title track are new releases. Call me old-fashioned (I won’t argue) but I still look forward to a new album as an event and an experience. I expect that I’m going to hear some of the tracks in advance of the album release, and that’s fine as “teasers”. But if I’ve already heard three-quarters of a new release in the 18 months prior, then it really does lessen the impact. I totally appreciate that the last 12 months have been, well, “different” and have seen a lot of carefully planed release schedules thrown out of the window, so I do understand that it’s not a situation that Lainey or her label would have wanted for the album.

But let’s not linger on the downside. Sayin’ What I’m Thinkin’ sees Lainey Wilson graduate from undoubted potential to fully fledged artist, while keeping things both fun and thoughtful. Jay Joyce is reknowned for his rockier side, and he certainly gives Lainey all the room she needs to rock out. He’s also given her space and assurance to show the strength in her gentler songs. The calibre of writing partners here also signals a step up. For this woman from small town Louisiana, the days of being Nashville’s “Camper Trailer Girl” are firmly in the past. Nashville is in desperate need of strong, distinctive, talented, charismatic artists to keep the genre fresh and facing forward. With this album Lainey Wilson has announced, to anyone who didn’t already realise, that she is ready to take her place in the vanguard. 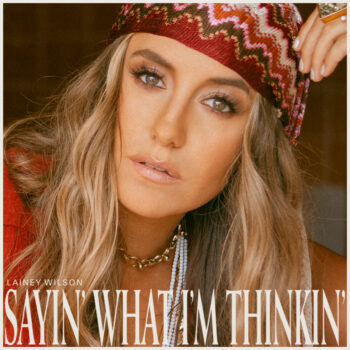