The self-titled debut solo album from revered songwriter and INXS founding member Andrew Farriss is set for release on March 19th 2021 via BMG, and is available to pre-order now. The outlaw-inspired Country/Americana release has been a passion project for more than a decade, and sees the artist setting his feet firmly in a musical direction that is all about the storytelling.

Living on the land and running a working farm for the last 25 years, country music was never far from Andrew’s heart. Yet, it was a chance trip up to the Apache Pass along the Mexican border that set the musical direction for his self-titled solo debut album. Andrew and his wife, Marlina, spent weeks horse-riding with good friends, cowboy wrangler Craig Lawson and his wife Tamara through the Chiricahua Mountains. The history of the area really captivated Andrew in a way that he wasn’t expecting, from the stories of the tumultuous fighting to the barren beautiful landscape. “I became quite enamoured with it, it became very real to me,” he says. “When I went back to Nashville, what I really wanted to do was write about that outlaw country that I just saw and the history of the area.”

Andrew is, first, foremost and always, a songwriter. Consequently, when it came to writing material for his own album, he did what he had always done throughout his years working with other artists and writing for INXS. He focused on writing good stories with great music. “I am really enjoying stepping out on my own with this album,” he says. “I love writing songs and telling stories that hopefully resonate with people. I have not followed any trends or formulas creating these songs. What I have written and recorded is different. I like different, different is good.”

As you might expect from one of the driving creative forces behind such iconic chart hits as Suicide Blonde, Need You Tonight, Mystify and New Sensation, Andrew has a ready ear for a melody and a gift for a hook that he brings into the Country realm. The 12 evocative tracks on Andrew Farris paint  images of the Outlaw West with panoramic Cinemascope vitality, blending modern and traditonal musical elements to form a series of authentic and richly populated scenes into which to lay his stories and the characters that bring them to life.

The album can be pre-ordered here -> https://ffm.to/andrewfarriss-album 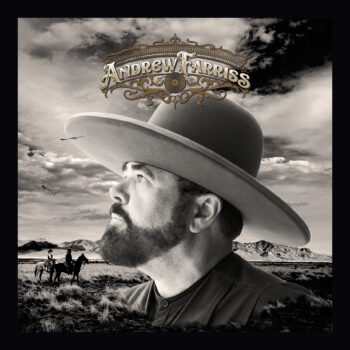