Sean McConnell has shared The 13th Apostle, featuring The Wood Brothers, today — the debut single from his upcoming album, A Horrible Beautiful Dream, out on 6th August via Soundly Music.

“The 13th Apostle, to me, represents anyone who feels like a black sheep,” says McConnell. “He/she is only the ‘outcast’ because they can’t or won’t fall in line with something they don’t believe, yet they still love the baby despite the bath water.”

Adds The Wood Brothers’ Oliver Wood, “I’ve always known Sean to be an incredibly smart and soulful songwriter, but he’s really taken it up a notch and his voice is stronger than ever. Excited about this record and honored to be included.”

A sought-after songsmith and versatile producer, McConnell examines both the frailty and strength of the human spirit through A Horrible Beautiful Dream’s 13 songs, all born during the pandemic. In addition to The Wood Brothers, the new collection features guests and collaborators Fancy Hagood, Natalie Hemby, Audra Mae and Dan Tyminski.

“Time seems to breed creativity, especially when there’s very little else going on,” McConnell says of the slowdown brought about by the events of 2020. “This period has forced everybody, internally and externally, globally and socially, to take a good look at our lives and examine it.

“Everything from our marriages to our workout routines, social injustice to planet politics and religion, spirituality and our internal environment… everything has come to the surface,” McConnell notes. “It’s been the tipping point of so many things right now, so obviously that bleeds over into art and music.”

A voracious creator, McConnell produced records for four other artists out of his studio while producing A Horrible Beautiful Dream, all during the destabilising chaos of 2020. He penned 11 of the album’s 13 tracks on his own (and co-wrote the two others). 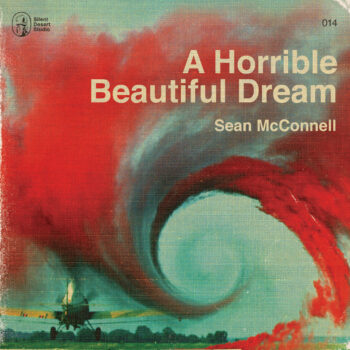 A Horrible Beautiful Dream track listing:
1. I Still Believe In You
2. Price of Love
3. The 13th Apostle (feat. The Wood Brothers)
4. Nothing Anymore
5. The Wonder Years
6. What The Hell Is Wrong With Me (feat. Fancy Hagood)
7. Waiting To Be Moved (feat. Natalie Hemby)
8. I Built You Up
9. Used To Think I Knew
10. Leave The Light On
11. Getting Somewhere
12. As The Curtain Came Down (feat. Audra Mae & Dan Tyminski)
13. Remember You’re Here