A new album from Eric Church is always going to big news. But when it’s a three disc set, each with separate release dates, then it’s probably THE new music event of 2021.

Here, Paul Sammon takes a listen to Heart, the first disc of the three to be sent out into the world from The Chief.

When you’re CMA Entertainer of the Year and you’ve already notched up three number one albums, despite being regarded as an “Outsider” by embracing a hard rock side of the country genre, just what DO you do to keep that momentum going? Who sat round the table and suggested, “I know, let’s take the gang to a retreat for a month and write and produce a new song each and every day?” Essentially, the project was an experiment. Could it be done, and done well? Read on….

Heart is volume one of the three album set Heart & Soul,  with the middle volume & being a six-tracker available only to Church Choir members.

Opening this release is Heart on Fire and right away you know it’s gonna be a doozie. The art of writing songs is saying the same thing differently. So, how about, “Roosevelt Road was too rough for my old truck. Yeah, she’d shake and she’d shimmy like Elvis singin’ ‘All Shook Up’” Boom, you’re already there aren’t you? Mind picture painted and you’re right alongside him, hearing the story of his younger years and his girlfriend of the time. With some boogie woogie piano and a nice guitar solo, it’s a good solid start. Is that a harpsichord in there too?

Heart of the Night starts slow and I can imagine it being a live set opener as the solo acoustic is met by the drum and then the band kicking in. A song about getting away. Let’s do it, let’s not think about it. I don’t want to end up like my old man. Let’s just go right now into the sunset and it’ll be alright. Two for two so far…

Now, Russian Roulette is an odd one. It begins as if he’s telling his best friend what he’s about to do in the previous song, kind of in a man-to-man way. I get the sentiment and think I understand what he’s saying but, I dunno, I’m a little confused. I get the impression he’d turn around if a bad song came on the radio? But then he sings “I need a melody without a memory.” (Nice nod to Springsteen.) Confusion aside, the piano driven heavy beat still makes it a sing-along song.

Time for a mellow slow down with this next one. People Break is a song of reflection and coming to terms with a break-up in quite the pragmatic, shoulder shrugging kind of way some people do. Is that a way for the singer to not have to deal with why the mirror is broken or is it him truly feeling that he gets it and he knows why they’re gone. Maybe the relationship ended before the mirror cracked?

Eric Church does angry songs so well. Probably why one of my prized gig T-Shirts reads “Eric F***ing Church.” Stick That In Your Country Song wasn’t actually part of this project. In fact, it’s one of only a select number of songs to ever make it to a Church album that he didn’t at least co-write. Penned in 2015 by Davis Naish & Jeffrey Steele, it’s about America then and still rings true now. Cities closing down, veterans being forgotten after the wars, underpaid teachers. Who else BUT Church could execute this so well? From a passion point alone it’s one of my all-time favourite Eric Church tunes.

When a song’s opening lyric is, “People say it’s a crime bringing a life into the world these days,” you kind of feel it’s not going to be a happy tune. It makes more sense substituting the word “heart” for “child” but, of course, that’s not how a lyricist thinks. They like to make a song interesting and sometimes force you to actually consider what you’re hearing. Never Break Heart is very clever and I think it’ll be a grower for a new listener. The long outro gives plenty of time for reflection.

Talking of clever songs, let’s listen to Crazyland. Lyrically it’s one of the best songs I’ve ever heard by anyone, period. Personifying emotions or states of mind isn’t a new idea, but putting them in a bar playing pool makes this song country and sublime all in one neat cut. “That’s Sad in the corner with his heart on his sleeve talking to Regret who’s ever gonna leave.” Freaking awesome. Seriously. I’d even go so far as to say play this track first then start the album from the beginning so you get to hear it again and enjoy it twice.

If I was to label each of the songs on this album, I’d call Bunch of Nothing ‘The Fun One’ The production comes across almost like a jam in the studio. But still polished. This one has the right amount of everything on it. Right tempo, right amount of guitar, right amount of Joanna Cotten singing harmonies. It’s just a great tune. What’s it about? What’s the story? Well, it’s about a bunch of nothing, of course.

The final oblation on Heart is somewhat of a redemption song. Almost imagine it as the singer offering up a prayer as he confesses to being a sinner and less than he could or should be. Love Shine Down is not the strongest tune on here but they can’t all be amazing, I guess.

All in all, part one meets with expectations. It doesn’t make me NOT want to hear Soul when it’s released. On the contrary, I’m excited to hear it when it’s out on the 23rd April, so you can expect one of us at SSC to give our opinion on that very, very soon. 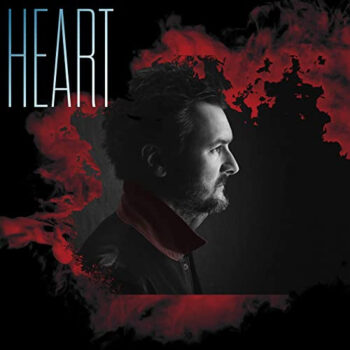