In the second part of his dive into Eric Church’s new triple disc release Heart & Soul, Paul Sammon gives his take on &, currently on limited release.

Let’s be clear here; Even by his own admission, the project that became Heart & Soul didn’t start out the way it ended up. Even though some songs that emerged from the writing sessions didn’t make the cut, there was still more than a double album’s worth. But after deciding what went where, Eric Church still had a few songs without a home.

So, & was born. (Or Ampersand depending on which member of the crew you’re talking with.) Six tracks that will be part two of three. Being known for his dedication to the fans that are dedicated to him, & is only available to members of the Church Choir, the modern day term for the Eric Church Official Fan Club.

I’m not here to discuss the politics of that decision. Team Church doesn’t see this as keeping something away from the general public. They see it as giving something back to those that give to him; the same fans that are front row junkies that will gladly buy tickets to all the gigs they can get to. They feel he is that special and, by way of acknowledgement, he wanted to reward them with something just for them.

Here’s my take on that special offering….

Route 91 Harvest Music Festival in 2017 affected many, many people. Church was there a couple nights before a lone gunman opened fire on the crowd. He performed Why Not Me at the Opry only a few days later and explained at the time, “I looked out there, at that crowd, in that place … I was so moved by it. I saw them with their hands in the air. I saw them with boots in the air. And what I saw, that moment in time was frozen.” He is very vocal about how he draws his strength from his faith and his fans. Through My Ray-Bans is dedicated to the attendees of the festival. When he looks out over the crowds, this is what he sees… “Everybody’s got their arms around everybody else’s shoulders. Guarding against the world outside like an army of Friday night soldiers. The battle wages tomorrow, but tonight you don’t give a damn. Wish you could stay the way I see you through my Ray-Bans.” No more need be said.

More “thank you’s” ensue in the guitar-based ballad, Doing Life With Me. Or at least an acknowledgement from the singer that he doesn’t know how they put up with him all this time. “They” being everyone who’s stood by him while he knows it can be tough touring and living on the road. The lyrics almost epitomize this part of the album as he sings, “Spend my living giving thanks to the ships I never sank. Every big, every little in the everyday things. The notes and the words and the songs I sing to the ones doing life with me.”

Time to turn up the volume for Do Side. With a much bigger arrangement, almost akin to a 70’s funk sound, our character explains how the biter got bit and he’s having to learn the hard way what it’s like as someone he cares about leaves him. Normally he’s the one who does the leaving and in charge of things but now he’s got to come to terms with all these emotions. He doesn’t like them but accepts where he’s at. Some good analogies including the ever faithful “Superman’s Kryptonite” and great lyrics putting him on the “Don’t go end of a goodbye and the do side of give a damn”

Following up with another “I miss her” song may seem odd but the whole tone of Kiss Her Goodbye is more like a melancholy lament, miles away from the previous tune. Kinda makes you actually feel for the poor guy. His use of the “Candle in the Wind” reference almost makes me wonder if it isn’t so much a break up as mourning her death? Oh man, now I wish I was with him at the bar. The more I’ve listened, the more I’m convinced the character is a widower. Damn you and your picture painting lyrical ways, EFC…

Have you ever been to a bar where the tender knows all? I imagine Mad Man being delivered by the guy serving the drinks telling this story to folks asking, “Is that guy ok?” while he clearly drowns his sorrows. The production reminds me of Stupid Boy by Keith Urban; the way the song starts as an acoustic ballad and then builds toward the distorted guitar solo at the end with lyrics just thrown in over the top of it. Can’t wait to see this one live. I’m a sucker for a big guitar solo and I’m not ashamed to admit it.

In his interview with Rolling Stone, Church smiles as he admits, “I could find a double album, but I couldn’t find what you do then… I couldn’t figure out where Lone Wolf went. I’m still not sure where Lone Wolf goes.” I could be wrong here, but I swear I can hear him smiling on the recording. Arguably the biggest production on &, it is positively anthemic and I’ll bet there’s a stadium’s worth of lone wolves ready to chant it along with him. Isn’t that one of the things he does so well? Unite us all through his music? I want to believe the love he refers to in the song is the love of his fans.

If you’re reading this and trying to decide if it’s worth the money to become a member of the Church Choir so you can actually hear all the tracks, that’s up to you. After all, there’s still eighteen songs combined on Heart and Soul. What I will say is this, from my own point of view, I’ve spent a hell of a lot more on a hell of a lot less… 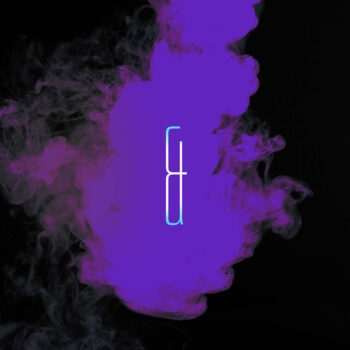