In the final part of his journey into Eric Church’s new triple disc release Heart & Soul, Paul Sammon shares his impressions of Soul, the concluding part of the set.

Much like nipping to the kitchen before finishing that boxset on Netflix, here we are back with the third instalment from Eric Church. The bar was set high, no doubt. Do I feel Soul matched or exceeded that bar? Or has it fallen short? Read on to find out…

The story behind Rock & Roll Found Me is pretty cool, to be fair. As Eric explained to Ricky Ross of BBC Scotland, “I was in the middle of my manic songwriting spell… That night I watched a movie with my wife; Rocketman about Elton John. I think he’s in a rehab meeting when he says, ‘I was so & so… and rock & roll found me.’ I told my wife, Katherine, “Pause it, pause it… Just gimme one second.” I grabbed my guitar and said, “I’ll be back.” I never came back. I don’t know how the movie ended. But I just needed that one line.” Despite the title, it’s a fairly laid back, guitar led track. I’m sure you’ll think of someone, but for me I’m reminded of Jerry Lee Lewis, “The skinny little white kid. Wrong side of the track kid,” as he discovered black music and Rock & Roll. Maybe Church is referring to Mel Brown’s version of Ode to Billie Joe?

There’s definitely Gospel undertones in Look Good and You Know It. Sounding like a preacher man from the onset, there’s no way Church could have released this as his first single, like way back at the beginning of his career. But now he has a fan-base that have grown with him and listened to him hone his craft, he can throw in tracks like this and, well, get away with it. There’s a sense of Motown mixed with crackly falsettos on this song about understanding his ex is looking so good. The track is kinda left field, but it still scores for me.

Bright Side Girl is a little gem. I really like it. It’s another ‘he’d be nothing without her’ kind of song, but what makes it interesting for me is the way the tune of the melody doesn’t go where you expect it to on the last note of “…brighten up my world.” Clever musicianship that sets it aside from many of his peers. Even the way the guitar is used as he’s singing about the storm makes you think of thunder. Just fantastic.

Now, if Stick That In Your Country Song is the ‘angry’ song of the whole collection, Break It Kind of Guy is the middle finger tune. Joanna Cotten has been with Eric’s band for many years and I urge you to check out her Funkabilly album from 2008. Her vocals on this track really make it. There’s some high notes I feel Eric strains with but Joanna’s blues background not only saves the track but really makes it so punchy and good. All I need now is to steer an argument with someone so I can quote the chorus word for word. Granted I won’t sound as cool, but what the hell.

While Eric went for a run, two of his writers, Monty Criswell & Casey Beathard, got started on Hell of a View and presented it to him on his return. He loved it and the song about leaving town and chasing dreams with your other half was finished and recorded in a day, just like most of the other tracks. Doesn’t matter where they go and they know it’s not for everyone, but “You holdin’ me holdin’ you… It’s a hell of a view.”

Another chill out tune reflecting on wanting to be wherever ‘she’ is; Where I Wanna Be isn’t the strongest track of the nine to be fair, and if it had never made the cut I don’t think the whole project would have suffered greatly from its exclusion. But, bearing in mind the whole album was experimental in terms of how things flowed from start to finish per song, maybe it adds balance to some of the other tracks? We can’t appreciate the highs without some lows, right?

It’s often surprising, when you hear about the origins of songs, and you have to wonder, “How do they get from that to this?” But of course, oftentimes, the origin might just be a word, a place name, a feeling or, in the case of Jenny and the repeated use thereof in the song, it transpires inspiration came from a broken generator and everyone running around saying how they needed to fix the “Jenny.” Essentially an acoustic track it tells of the singer’s love for Jenny and wanting to be together. Perfect for a songwriter’s round since it also has that interesting origin.

If you want to hear a cool story, then listen to Bad Mother Trucker. I’d love to meet this guy and his mother depicted in the song, if they were real. She was the bread-winner of the family, driving her 18-wheeler; he was born in the cab of her rig and he “Went to school on her ol’ CB.” Perfectly suited to this part of the project, there’s also the nod to Soul music and Aretha Franklin’s declaration from a strong, confident woman – R-E-S-P-E-C-T. One to turn up in the car and let people wonder what lyrics they just heard….

I guess when you’re on a roll and writing and producing at the speed they were, it’s inevitable you’d come up with another interesting fictional character. This one’s about Lynyrd Skynyrd Jones, “Spelled with all 4 y’s.” A bi-racial boy whose folks found love at a gig but he never met his Dad until the day of his Mum’s funeral. If you want to take it further and read between the lines, when you discover his Father’s name is Curtis Leow, you can refer to the Skynyrd song The Ballad of Curtis Leow. That might explain why our character seems to be able to play his pawn shop bought guitar so well. “You can’t teach that kind of pickin’ It’s got to come straight from the heart.”

And then, before you know it, half an hour has flown by and the album ends. Where did that go?

I’m going to be honest here and tell you when I first heard Soul, I was a little underwhelmed. On reflection and after many more listens I realised I’d been spoiled by the release of Heart and &. If this were a stand-alone album or perhaps if this music were released first (Yes, I know the album isn’t called Soul & Heart) I would have been more enamoured with it. There are some great and very memorable sing-along tracks on here, but I’ve been here before with Mr Eric Church. In a few weeks this may well be my favourite of the three as each song grows on me a bit more with each play.

The whole thing was an ambitious, experimental project. They wrote, recorded and produced a song a day for goodness’ sake. That’s a songwriter’s dream; to be involved start to finish instead of writing a tune and hoping it might be recorded and released in a year or two if they’re lucky. Church is quoted as saying he wanted the pressure, he wanted everyone to feel uncomfortable to encourage them to be at their best. That went for the writers and his band members alike. All in all, while some tracks are certainly not polished in terms of production, the raw feel adds a certain edge to it.

I’d be surprised if folks buy one, they don’t buy the other to pair them up. Of course, this may be a really clever way to get folks to join the fan club, so they get all three – who knows? Either way, what I can tell you, from my own mind, music for the fans is at the heart & soul of this project (pun intended) and I’ll have all 3 on repeat for a fair while to come. 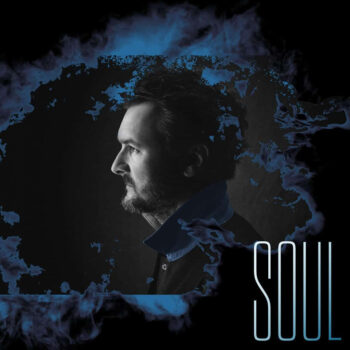