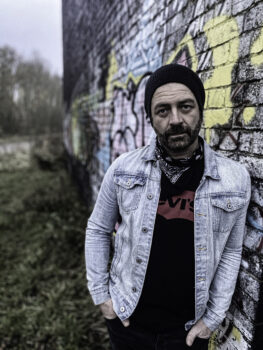 Three singles from Long Black River have already dropped — Wrong Side of The Fight, Break the Spell and Sunshine Not Rain

Wrong Side of the Fight made Rushonrock’s Red Hot Track of the Week: “Looking for a truly beautiful song to brighten up your Blue Monday?… This might be the Wrong Side of The Fight, but it’s the right side of classic country and heartfelt Americana… a stunning single looks set to announce J R Harbidge to a whole new army of fans in 2021.”, was Rushonrock’s verdict.

The second single Break the Spell made Single of the Week on Modern Age Music and featured on the ARC Radio New Music playlist, also charting at No. 11 in the ARC Radio Top 40. Meanwhile, Steve Swift, on Rambling Reviews, awarded Break the Spell a mighty “4 ½ out of 5” and pointed out that “This song contains a deceptively excellent Fleetwood Mac style chorus, it has an unassuming catchiness that keeps you singing it hours later”.

The album’s third single — Sunshine Not Rain — earned praise, not only for the song itself with its strong Country timbre and tempo, but for the accompanying, very personal, fun, and touching video, where JRH is aided and abetted by his young son, who’s dressed and bearded up as a mini-me version of his Dad, playing the song his Dad wrote for him!

Now, JRH is delighted to release his eagerly-anticipated complete album.

“My new album,” says JRH, “is full of melody and memorable melodies, but beneath all the things that catch your ear you’ll find songs steeped in real life. The subject matter on this album is perhaps not what you would expect…”

That’s true: We Don’t Talk About It, for example, is a beautiful song, underpinned by a mesmerizing string arrangement and a soaring middle eight, but the lyrics tell a desperate narrative of family tragedy, about loss and persecution.

You Saved Me Twice, by contrast, includes a big sing-along section and gorgeous country Telecaster guitar riffs, but reflects on the loss of a loved one.

The title track, Long Black River, is a deep, dark blues jam about paranoia and conspiracy.

At the other end of the musical spectrum, When the Sun Doesn’t Shine is a really positive happy-sounding song and melody, but was born out of jealousy and insecurity. Meanwhile, Side by Side was inspired by the war poet Martin Niemöller and based on his experience of the Holocaust.

It makes for a musically rich, thought-provoking collection of tracks. “This album isn’t just a great representation of where I am today,” says J R Harbidge, “It is also a great musical reflection of the times, we find ourselves in. Honest, deep, and straight from the soul.”

Whilst Long Black River showcases J R Harbidge’s multi-instrumental talents (and was produced, engineered, mixed and mastered by JRH himself), it’s by no means a one-man-band endeavour.

“The album would not be what it is without the great musicians who have lent their talent to its creation,” J R takes pains to point out, “The piano and organ parts, courtesy of Pete Larkin, sit alongside the best you have heard, and the drums and bass (Mark Bates and Thom Mapes) fit like a glove. Guest appearances by Paul Scott Connop (Scott Matthews’ guitarist), whose solo in Long Black River is up there with the Jimmy Pages of this world and Nick Clarke’s Tele-twang in You Saved Me Twice just makes the difference.” 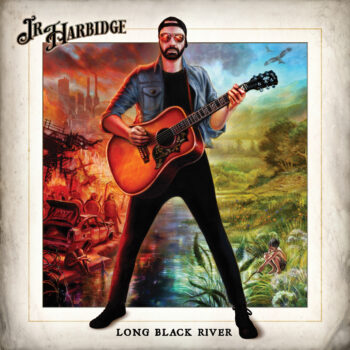