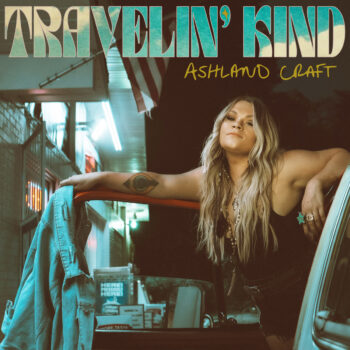 Big Loud Records’ ASHLAND CRAFT is returning to her roots in That’s The Kinda Place, available now. Bursting with hometown pride, the take-me-back anthem is off her 11-track debut, TRAVELIN’ KIND, with Craft credited as a co-writer alongside Rodney Clawson and album producer Jonathan Singleton.

“I remember being 18 and ready to take off to see everything the world had to offer,” Craft recalls. “But I never knew how much I’d miss home after I actually left. We always made the best of any situation growing up, and I believe my small town made the girl you see today. I’ll always be proud of that!”

Chock-full of homegrown memories, the Piedmont, SC-native reminisces on the glory days of what used to be: “We were back road barbed wire fence row runners / Dancing to the beat of that small town drummer / Singing through the radio static / We didn’t know how good we had it / We were Texaco parking lot street light dreaming / Bout 18 heading where the grass gets greener / The place you fall out and back in love with / That’s the kinda place I grew up in.”

Launching her four-part “Rockin’ Lil’ Band Sessions” video series with That’s The Kinda Place today (20/8), fans can keep watch for the live clips as they’re rolled out in anticipation of Craft’s album drop on September 3rd. “My band fam is such a key piece of who I am as a musician,” adds Craft. “I wanted the chance to get to introduce them a little bit more and thought this ‘Rockin’ Lil’ Band Sessions’ video series was the best way for everyone to get a taste of what our live shows are like.

Introducing already-released album cuts ‘Make It Past Georgia‘ and ‘Your Momma Still Does‘ to the stage, Craft is back on the road this weekend supporting Zac Brown Band’s THE COMEBACK TOUR 2021. Appearing at Merriweather Post Pavilion in Columbia, MD, last night (19/8), she’ll next perform at Blossom Music Center in Cuyahoga Falls, OH, tonight (20/8) and Hersheypark Stadium in Hershey, PA, tomorrow (21/8). Find all upcoming tour dates here.