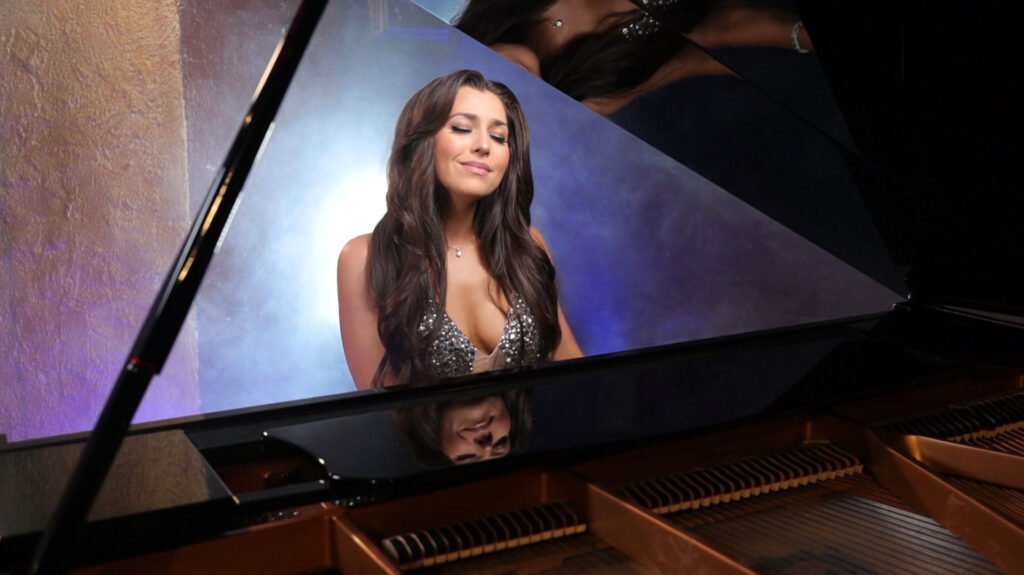 Reimagined is an eloquent, four-song, acoustic solo performance project from Jessica, inspired by her highly successful livestream performances during the past months. While she could not tour, Jessica’s livestreams brought her music to her fans via her Facebook page — particularly during lockdown — and led to her becoming one of the top-rated livestreaming artists (ranking in Pollstar’s Livestream Top 10).

“Since the pandemic started,” Jessica reflects, “I have been performing piano livestreams every week, where my fans have challenged me to try all different types of music and songs, as well as to approach and rework many of my own songs in totally new ways.”

Reworking her songs and finding new angles and nuances in them, song-by-song, inspired Jessica to collect four, in their reimagined forms, on this special new EP.

“That’s how the Reimagined EP was born,” she says, “We felt it was well-suited for the times, as well as ideal and interesting for some of my most well-known releases.”

“This EP is very special to me in so many ways,” Jessica explains, “The songs are ones I created and released during this very hard last year and a half and it was so creatively fun and challenging to rework them for this release. To think deeper into the words and music and find new meaning within them is something I truly enjoyed. Through doing all my piano livestreams during the pandemic, my musicianship was pushed in ways I never thought it could be and I learned a lot about myself. Never thought I’d be confident or comfortable enough to release an EP with myself as the sole musician on it, but I am so proud of Reimagined and really excited to share it with you all.”

Regarding the mini concert video that Jessica is releasing to accompany the EP, the lady herself explains: “I wanted the music video for this EP to be very simple, honest, and pure; just like the music itself. It was fun to see my vision of playing in a dream-like atmosphere come to life exactly as I had envisioned it. I really wanted this EP to be about the songwriting and music itself which I think really comes across in the video as well. Just me, in an empty room, with a piano.”

Jessica’s many fans will find new angles and depths in these four reimagined versions, whilst those who encounter this ever-rising country crossover star for the first time through them can look back and seek out her earlier full-band, interpretations.