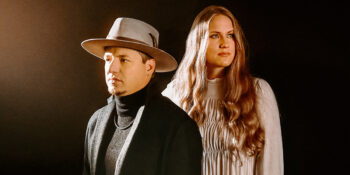 MCC/Curb Records recording artist American Young officially begins a new artistic chapter today (19 Nov) with the release of their sophomore album, AYII. The highly anticipated collection features the duo’s recent release, Happy Again, and marks the first full-length studio project Kristy Osmunson and Jon Stone have shared since the pair’s 2016 self-titled debut, which introduced their penchant for vivid storytelling and signature harmonies on seminal selections like Love Is War and Wasn’t Gonna Drink Tonight. Since then, they have become global ambassadors for country music, taking their original songs around the world. AYII feels like a natural progression in a story that’s just getting started.

American Young produced the entire record alongside Kyle Schlienger, with the exception of album closer Country Girls, which Stone produced with the help of John Vesley and label-mate Lee Brice. In addition, Osmunson and/or Stone are credited as co-writers on all 11 tracks, leaving their fingerprints on an album crafted in the midst of personal transition and growth for both songwriters.

“AYII is a collection of roadside souvenirs on the rural highway of our inevitable evolution,” shares Stone. “Polaroids. Storms. Open fields. Therapy. Burning of fields to make way for new growth. We’ve attempted to open personal doors that have been patiently waiting—annoyingly, stubbornly waiting—for a sliver of truth. Hopefully, we’ve delivered.”

For Osmunson, the songs on AYII became the soundtrack for first-time motherhood as she welcomed her two sons. “This album was created during the most pivotal time in life, made while creating two humans. If I could capture the process this music brought about in five words, I would say: sobriety, health, growth, responsibility and joy,” she says. “These last five years have been a massive transition. As it always does, this music brought about a full revolution in my existence as a human.” 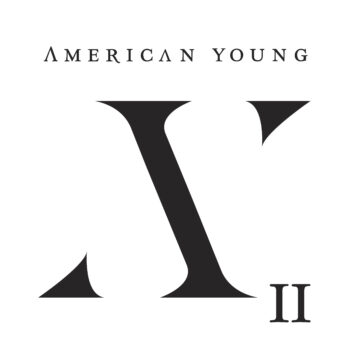