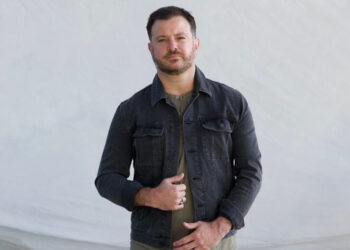 New Single Taken From The EP, When Love Comes Around, Also Available Now

WADE BOWEN releases his first new solo music in over three years with EP Where Phones Don’t Work, out November 19 via Thirty Tigers. Produced by Paul Moak, the brand-new EP features co-writes with Steve Earle, Eric Pasley, Rhett Akins, Heather Morgan, Aaron Raitiere, Brad Clawson, Jeremy Bussey and Drew Kennedy and encapsulates the more uplifting music Bowen has been inspired to create during a period of reflection over the past year.

Brand-new single When Love Comes Around, a passionate love song, is available now.

Born in Waco and schooled in the clubs surrounding Lubbock’s Texas Tech University, Bowen grew up listening to icons like Kris Kristofferson, Creedence Clearwater Revival and Willie Nelson. His lyricism in Where Phones Don’t Work demonstrates his appreciation for these greats, merging tradition with cutting-edge creativity while solidifying his decades-long success as a roots-rock poet.

While slowing down and reflecting over the past year, I felt a calling to create more uplifting music that would be exciting to incorporate into our shows, since we’re so grateful to be playing live again. There’s a new sense of hope and a new sense of urgency with this music. I’m just so inspired again. Because of that inspiration, it created an opportunity for me to really open my writing brain, and my heart, a lot more. I’ve never written this much in my entire life, so it’s been a lot of fun.

I’ve embraced that thought process this whole time: to be open to anything and everything. This far into my career, I could easily let myself become bitter and angry or whatever it may be, yet I’m the complete opposite. I feel more hopeful now than I’ve ever been. I feel like I’m 25 again, starting my career — it’s almost like a new path, but now I have all the knowledge from the past 20 years. It feels good.

I can’t tell you how many times in my life I’d hear a song and think, ‘Damn, why didn’t I think of that? It’s so easy, so simple!’ So, it’s nice to finally feel like we actually did that. I think the biggest thing with this whole project, especially songs like this one, was not being afraid to write some monster songs, some big-sounding songs, and have people want to sing along. This song has that kind of eerie intensity to it that I’ve become so accustomed to writing over the years, but it has a little bit bigger sound and the singable side of it is just so much fun.

I wrote a lot in the middle of the pandemic and got a lot of stuff off my chest, then I took a big break because I couldn’t find inspiration. I had also kind of taken a break from Nashville, even prior to the pandemic. This song really was the first one I wrote coming back into Nashville for the first time in a very long time. It has depth to it. It has meaning to it. It has a lot of passion for an up-tempo song. I love that it mentions Waylon Jennings. I love that it mentions so many things that are nonchalant, casual things, like drinking a beer. Those things are important to me. Every day, we should find those little gems that bring us comfort and make us take a deep breath and appreciate what we have.

I’ve always said I’m an artist from Texas, not a Texas artist. If you go back and look at my entire catalog, I’ve made it a point not to say Texas in any of my songs. This one was completely different, though, because it had to be said. I love when it’s done right and differently. I’ve never believed in a song as much — maybe ever — as I believe in this one. I absolutely love this song. I actually cut a first version in the studio that I was so proud of at the time. Then I got away from it for a couple weeks and called my producer and said, ‘Something’s not right. It’s not finished.’ We went back and recut the whole thing. I think it’s definitely right now — it feels good. I really do feel like this has the potential to be a career song for me.

As writers, we try really hard to say what’s been said a million times, just in a different and more clever way. I don’t have a whole lot of up-tempo, fun, happy songs but from the moment we wrote this one, I knew it was going to be like, ‘Well, I’ll be playing this one forever,’ you know? It has a happiness and a feel-good nature to it which I can feel when we’re playing it on stage already. The crowd just starts to smile a little bit more. That’s the way it was when we wrote it. This is a love song, but it doesn’t feel like a love song. It feels like a life song. That was the whole point of this project — I want to lift people up. I want to make them feel good.

I wrote with Guy Clark once and it was still, to this day, the most nervous I’ve ever been writing with someone, but Steve Earle was a close second. I realized very quickly though, Steve is such a pro. He’s obviously been doing this for so long and is just a crazy-smart, genius dude. He has a thing where his songs are bigger than what they’re actually saying and that’s really cool as a fellow songwriter, just to watch other writers you admire who can do that. Being so nervous, I had prepared more, so I feel like I brought some really great stuff to the table. I mean, I was just hoping he liked me as a person — that was my goal. To actually get a great song out of it makes it that much better.

Be You (Wade Bowen, Drew Kennedy)

This was the mission statement of the entire project before I even had the other songs written. I knew when we wrote this one: this is going to be the feeling. Writing this song was a part of trying to come out of that funk of the pandemic we were all in and trying to lift people up. We decided to make it the final song on this EP because we wanted this to be the feeling people walk away with when they’re done listening to the project — to just say to everybody, ‘Please take a deep breath, find the good in the world and, most importantly, find the good in each other, and we’ll get back to a much better place than where we are right now.’ 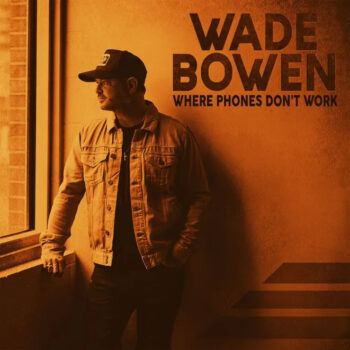