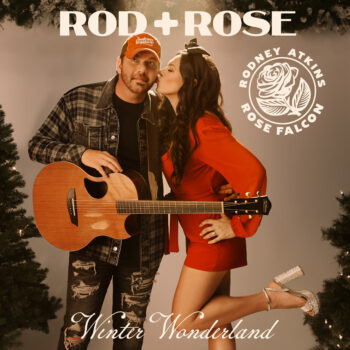 It was only a week ago that Curb Records duo ROD + ROSE unveiled their first original holiday song, Mary Had A Little Lamb. Now, the duo is adding a little honky tonk flair to Christmas classic, Winter Wonderland.

Rod + Rose put a country-western filter on a traditional arrangement of the holiday standard, produced by Brandon Hood, as they warmly trade lead vocals, interlock harmonies and don their cowboy boots for a stroll through the freshly fallen snow.

“Christmas songs are magical and create the soundtrack to some of our favorite memories,” the couple collectively shares. “Wonderland has, of course, been covered a ton, but we felt that a duet version with a little twang put a new spin on it. It’s fun to sing something so playful, and we had a blast filming the video with kids. We feel like everyone could use something a bit lighthearted right now!”

Following the holiday season, the couple will start the new year with the release of their self-titled debut EP, arriving 28 Jan, 2022 and available for pre-order/pre-save now. The forthcoming collection features the duo’s debut single, Being Here, Being There. Moreover, the set will also include commitment-filled ballad Put Me Back Together, originally recorded by electronic trio Cheat Codes and featuring Kiiara. Both songs are available now.

Rod + Rose’s Winter Wonderland is the perfect B-side to last week’s release of tender ballad Mary Had a Little Lamb, a clever twist on a timeless lullaby that captures the beauty of the very first Christmas.

Together, Falcon and Atkins—married since 2013—are an unstoppable force in life, love and music. She was a rock ’n’ roll princess who was offered a record deal at 15 and has since written songs recorded by Faith Hill, Lady A and Eric Paslay. He is an established country voice and a working man’s songwriter who’s taken six No. 1 hits to the top of the charts. And for the first time, they’ve joined creative forces in an official capacity for Rod + Rose.