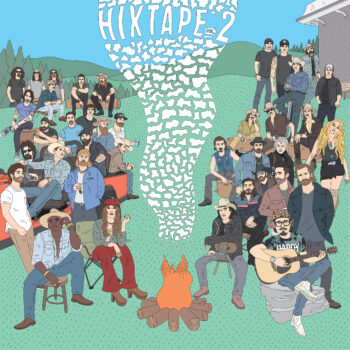 HIXTAPE: Vol. 2 cranks it up to 11, with HARDY, Rhett Akins & The Cadillac Three proving their Country cred in One Of Y’all available on all streaming and digital platforms now.

Co-written by series visionary HARDY with Zach Abend and Andy Albert, the loud-and-proud tune is a proclamation of rural authenticity, with each artist promising to sing what they know and stand side-by-side with their fans.

Another example of the Hard-Rock influenced sound found all over HIXTAPE: Vol. 2, the track was produced by Joey Moi with co-production from Derek Wells, emerging with one-for-all, all-for-one spirit.

Founded by chart-topping Country star, HARDY, HIXTAPE: Vol. 2 is a groundbreaking Country collaborations album, with a star-studded list of artists creating the ultimate mixtape of backroads bangers and party-friendly anthems.

Check out the full series to date HERE.